Helical Piles excel in situations where deep foundations are needed.
They are cost-effective and maintain minimal environmental impact.

What are Helical Piles?

Also called screw piles, they serve as piles for deep foundations. In soft soils, they transfer a structural load further down to stronger and less compressible materials. Helical piles are screwed into the ground to support new structures or to underpin existing structures that have settled, and can be used in some applications that call for a driven pile, drilled pier, or minipile.

Screw piles are celebrated for their performance in situations where deep foundations are needed or where construction is required close to other structures. They tend to be the most cost effective and practical option while maintaining minimal environmental impact.

Looking to find out the cost of helical piles for your project? 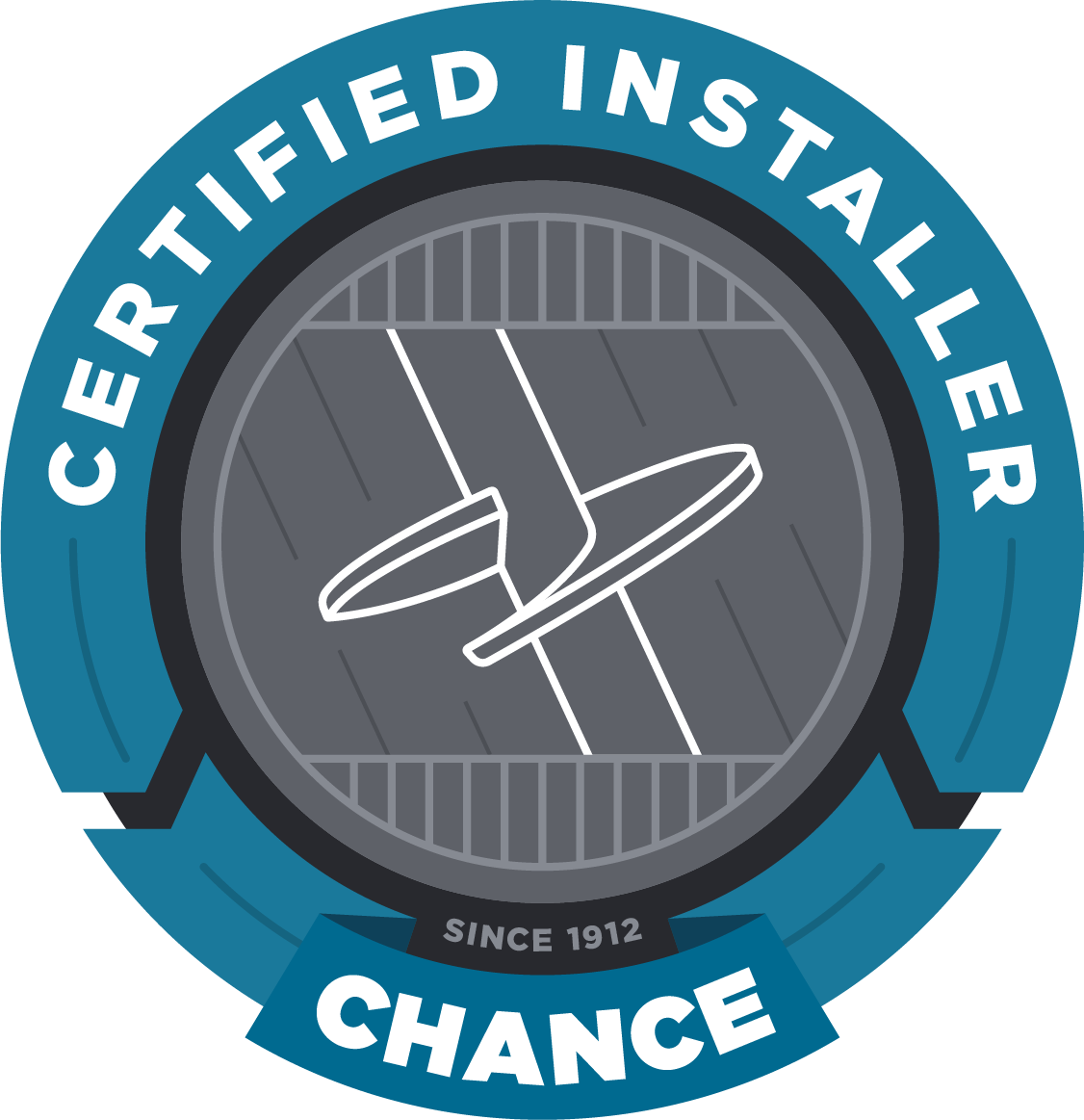 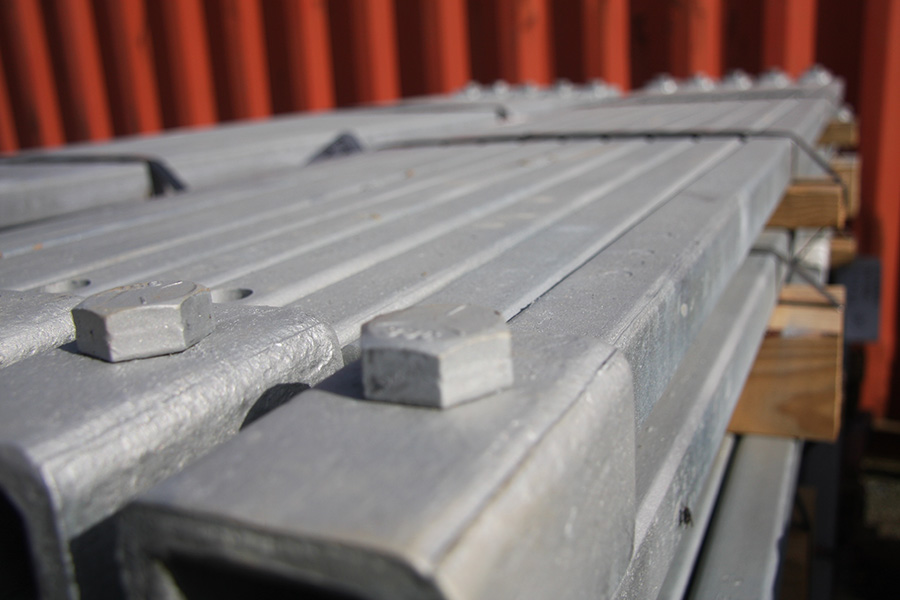 Square shaft products are generally used in small to moderate loading applications, and they provide excellent tension resistance. Square shaft piles are able to penetrate dense and cobble-rich soil when compared to their helical pipe pile equivalents, but they have lower resistance to buckling and negligible lateral load resistance.

Small-diameter pile piles consist of pipe sections ranging from 2 7/8″ to 5.5″ in diameter, with wall thicknesses ranging from 0.203″ to 0.375″ depending on the application and loading. These piles can withstand similar loads to the square shaft pile (100-650 kN, 25-150 kips), but they provide superior buckling resistance and lateral load resistance. Small-diameter pipe helical piles penetrate well into sand and clay, but can be difficult to install in cobble-rich soil.

These piles are the newest emerging product and have gained significant popularity over the last ten years. They consist of pipe shafts ranging from 7″ to 30″ or greater. These piles require large equipment to install and can withstand loads in excess of 2500 kN (560 kips). 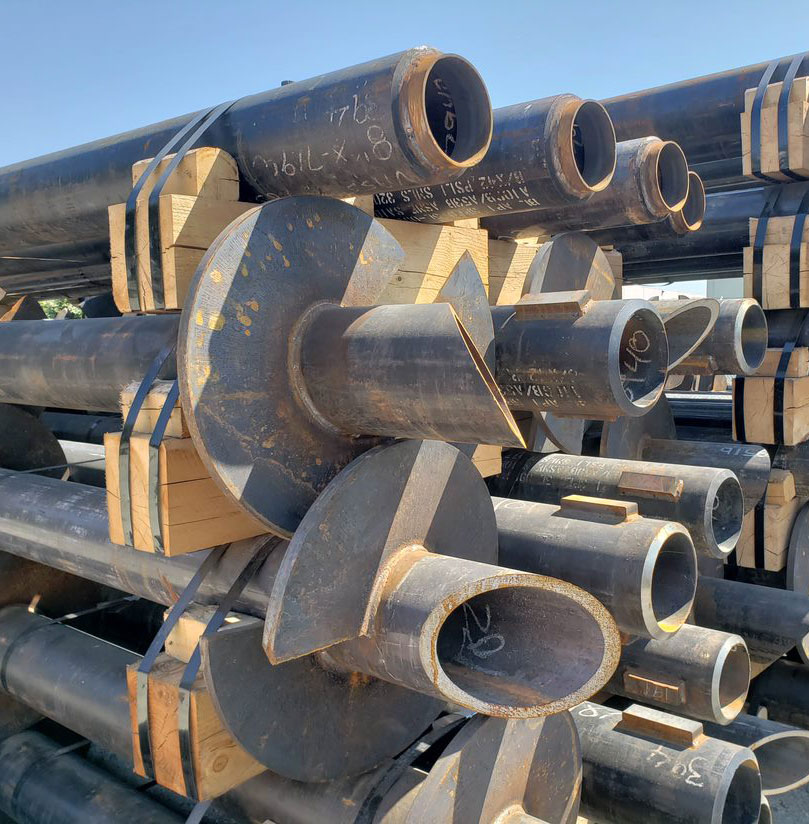 There are significant benefits from a structural and design perspective: 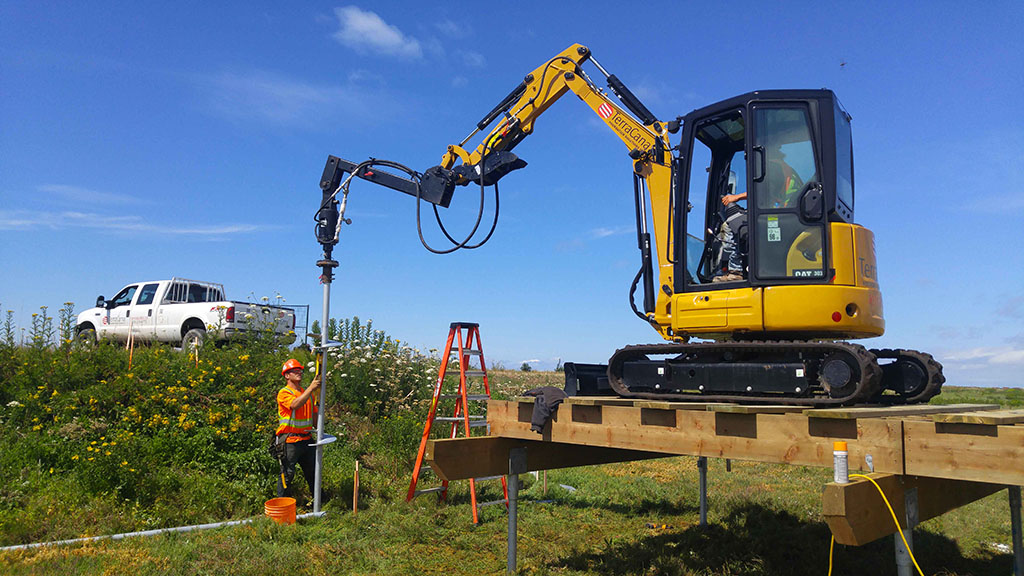 Helical piles can be fabricated and installed in modular systems to accommodate space restrictions and low headroom.

Can be placed at an angle in order to avoid interfering with structures overhead. They can even be installed horizontally for earth retaining projects.

Can be placed at an angle in order to avoid interfering with structures overhead. They can even be installed horizontally for earth retaining projects.

Because screw piles are simpler and faster to install there are cost savings for labour and equipment.

Can usually be installed by two people using conventional equipment.

Little Or No Dependence On Weather

Can be installed in almost any weather condition.

Can be installed with much less noise and vibration than conventionally driven piles.

Little Or No Earthwork & Spoil Material

Helical piles displace very little soil, which is a particular advantage at contaminated sites. There is little or no requirement for removal of excess soil. 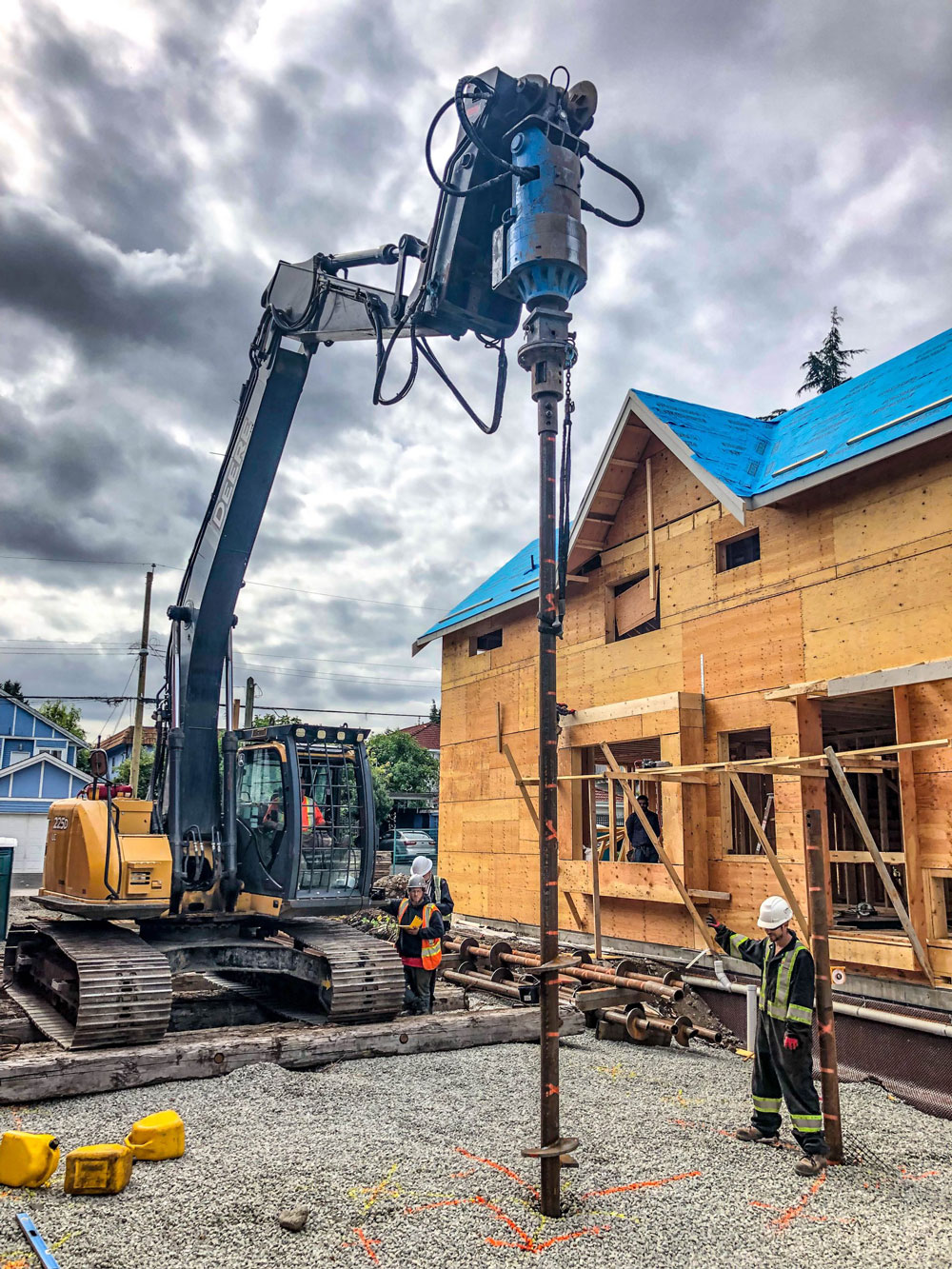 How Are Helical Piles Designed?

Helical piles require the design input of a professional engineer (P. Engineer). Some standard designs have been developed for the most common situations, but each case needs to be reviewed. To design a pile, the engineer reviews three factors: 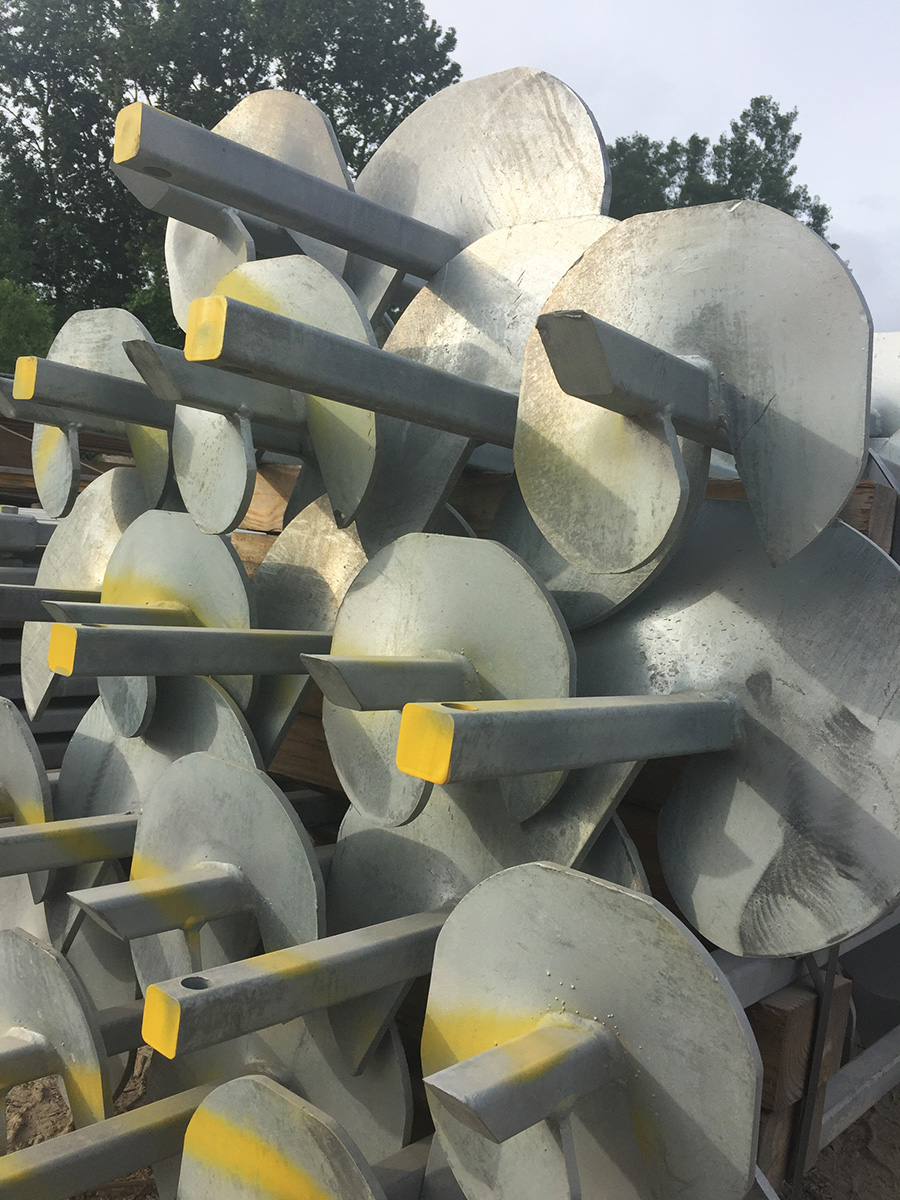 The loads that the structure will apply to the pile it connects to. These loads include the dead load, live load, lateral loads, and seismic loading that the pile is being used to resist.

Soil strength is reviewed to make sure that it can withstand the load applied by the pile and helix plates.

The amount of load that a pile can resist. The pile shaft and connection are selected to resist the applied load. The helix plates are designed based on soil information to ensure that they are the right size.

How were they developed?

Helical piles are a long-standing technology, with the first recorded use in 1836 for moorings, followed by the construction of the Maplin Sands lighthouse in England in 1838.

In the nineteenth century, helical piles were the most prominent deep foundation technology. They received UK patents in 1833 and 1847 and US patents in 1845.

Typical early screw piles contained either a 5″ diameter cast iron shaft or 8″ timber shaft with helix plates that were 2.5′ to 4′ in diameter.

Throughout the late 1850s to the 1870s, over 50 structures were built on helical piles, predominantly lighthouse foundations, tiebacks, moorings, ocean front piers, breakwaters, and railway trestles.

By the late 1800s, the technology had spread from England to other parts of the world, including the remainder of Europe, the US, Japan, Australia, and India.

At that time, installation was usually powered by hand or by oxen. Toward the late 1800s, some steam power installations were completed.

The early 1900s to the 1950s saw the rise of other deep foundation systems, including driven piles. The use of helical piles declined as other pile types advanced technologically.

From the 1950s onward, advances in equipment and hydraulics, as well as the need for alternative foundation options, have meant that helical piles are one of the fastest growing deep foundation technologies. 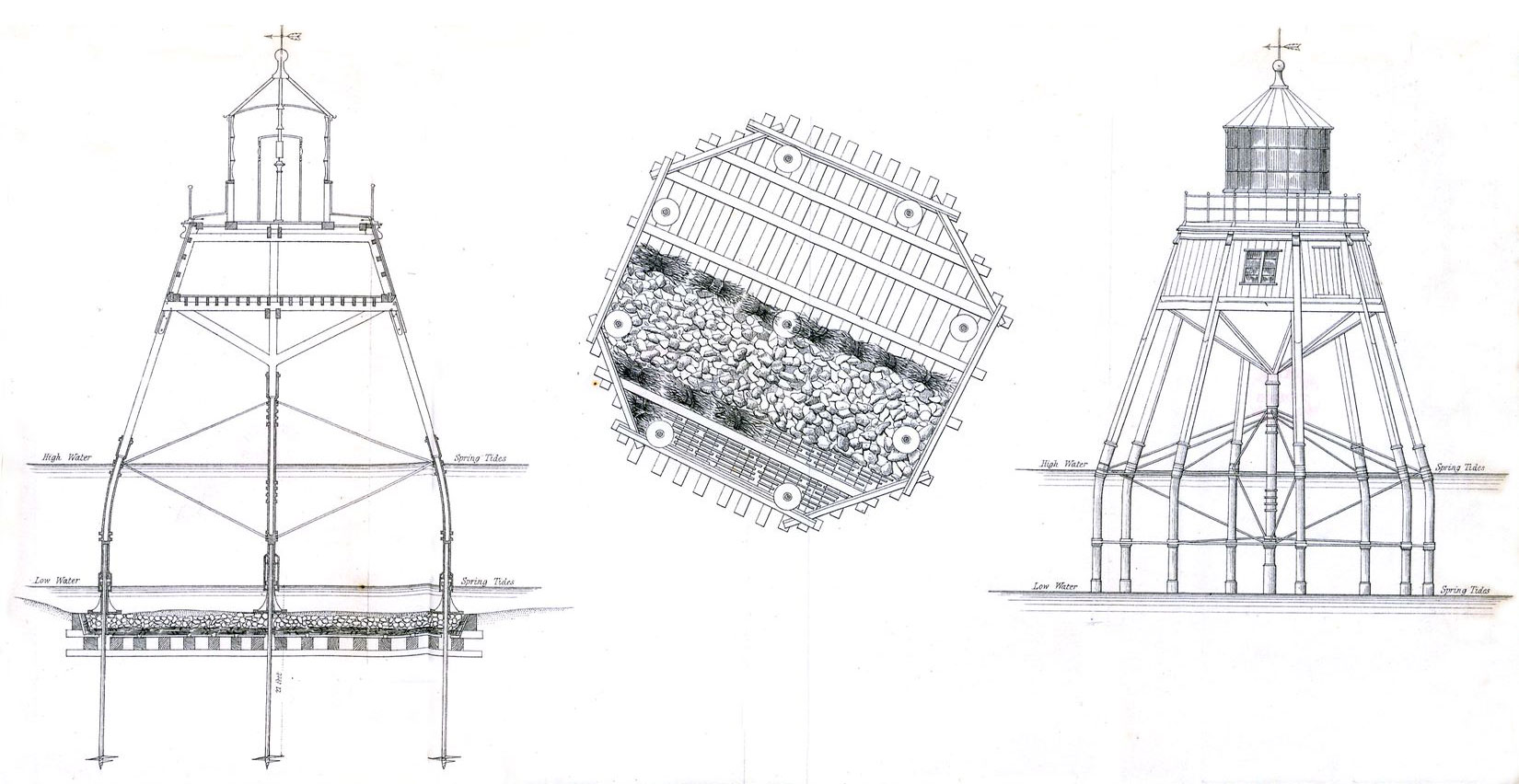